India has won the fifth T-20 International game of the series with New Zealand , there by winning the series. India have not only won the Series but have white washed New Zealand, winning all five games.

Going into the match details, Rohit Sharma led India have won the toss and opted to bat first. After opener Sanju Samson departed early in the innings, Rohit Sharma [60(41)] along with KL Rahul [45(33)] have put India in a solid position. Shreyas Iyer has come into the rescue after Rohit Sharma retired hurt due to calf muscle cramp. India finally posted a total of 163-3 in 20 overs. Owing to Rohit’s Injury, star player KL Rahul led the team in second innings. Zealand’s openers returned to the pavilion early too. Seifert [50(30)] along with Ross Taylor [53(47)] stabilised the innings. Bumrah with his brilliant bowling [4-01-12-3] saw India home. New Zealand were only able to make 156-9 in their 20 overs and lost the match by 7 runs.

KL Rahul was adjudged the Man of the Series for his outstanding performance of 224 Runs in 5 games. The major highlight of the match is 34 runs over. The Kiwi Batsman Ross taylor and Seifert have smashed the Indian bowler Dube all over the park. This is the second highest runs conceded in a single over in T20I’s. But Rohit Sharma returning to pavilion retired hurt is something that Indian fans are tensed about. Hope he is well and returns for the ODI series coming up from 5th February. 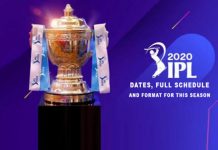