Janasena Chief Pawan Kalyan has made it clear that Janasena won’t take any responsibility for the Nagababu Godse issue. Nagababu’s comment on Godse has gone viral and triggered many including the own party cadre. And so, the party chief had to release an official note on this to settle the issue.

It is quite common that politicians have a loose tongue. While sometimes few fall into controversies unknowingly, the others do it by making irrational comments. And it looks like this is the same case with Nagababu. It is already known that Nagababu has made some sensational comments stating that Godse is a true patriot and what he has done is debatable. This has triggered many people and even the own Janasena party cadre went on to fire upon him for his comments. The issue soon went viral and so now Janasena Chief Pawan Kalyan himself released a note.

Pawan Kalyan made it clear that Janasena won’t take any responsibility for the Nagababu Godse issue. In the note he also requested everyone not to link personal opinions of the individuals with the Party. He also added that if there any official views of the Party they all will be released through an official press note only.

In addition, Pawan Kalyan also requested his party cadre to continue the charity works and help the needy. He also remembered that not to divert onto any other issues, serving the public is the only that that matters now. He appealed the cadre to do the public service without crossing the lines of discipline. 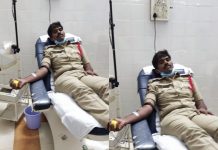 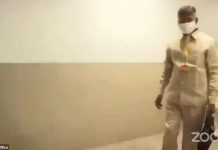 People protest with dead bodies in front of LG Polymers