Seems like Telangana is in the verge of witnessing biggest ever shut down after Bifurcation. All government employees strike is speculated. Telangana CM K Chandrasekhar Rao fondly called as KCR sacked 50000 employees. Even the humanity angle of Telangana CM was questioned by the public. It will be one of the biggest mass terminations in the history of India after independence.

To extend support to the RTC employees, all Government staff in Telangana state are in plans to go for a indefinite strike. Telangana CM KCR is adamant over the issue, he doesn’t even want to take back the terminated employees. All the unions and councils of government employees in Telangana are holding discussions to extend the support to RTC employees.

Meanwhile today afternoon, JAC held a crucial meeting. Outcome of the meeting is yet to be disclosed. Unions have dared KCR, “by threatening with terminations, Goverment can’t tie the hands of employees and shut their mouths”. They have warned CM KCR with consequences to follow ahead. 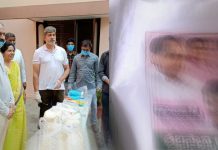 Was there truth behind Balakrishna comments on land dealings?

Koyambedu market is the hub of Coronavirus in Tamil Nadu