Finally, in a press meet, Ex Andhra Pradesh CM Chandra Babu Naidu has responded to the accusations of KCR and YS Jagan on Amaravathi.

A while ago, KCR has termed Amaravathi Capital plan has dead investment by CBN. He also had said, he advised Babu not to invest on Amaravathi. This comment of KCR irked several Andhra Pradesh people. After long silence, Chandra Babu Naidu has responded to this comments of KCR.

Chandra Babu straight away attacked KCR asking, “If he had taught the same away on Hyderabad investment also, whether KCR would have got Capital Hyderabad today.” Without any second taught, this reverse question from CBN will answer to several senseless questions made by many.

Chandra babu also stated, Amaravathi is a self financed capital. Which is a gold for future if the project is completed. Whereas YS Jagan out of ego, just to erase his name from history, is trying to bring down the Developments of Capital City, Amaravathi. 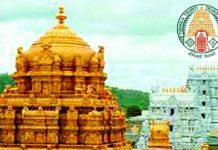