Engagement of Actor Nithin with his long time girl friend Shalini Kandukuri took place today in Hyderabad amidst the gathering of family members.

As we have reported earlier, Nithin is all set for wedding with Shalini, his girl friend. His wedding will take place in the month of April in Dubai, just after the grand pre wedding ceremonies. Today, Actor Nithin engagement with Shalini took place. He shared few photos of the event through his Twitter handle.

Nithin in the last year itself confirmed that he will be getting married in 2020. Nithin and Shalini have known each other since about eight years. Shalini is a London based NRI, who her Masters in Business and Management (MBM). After having a relationship for a good amount of time, they both have decided to get married. Both the families soon accepted their proposal. Wedding bells have rung for this young hero.

His wedding will be taking place on 16th of April at Palazzo Versace hotel in Dubai as per hindu customs. Latest update we hear is that Pasupu Kunukuma program is going to be conducted in Hyderabad on 15th February. There will also be a grand reception in third week of April to which all the big names of Tollywood will be invited.

On the professional side, Hero Nithin is eagerly waiting for his latest Movie Bheeshma to be released this Friday as a valentines day special movie. He is currently busy with his next movie Rangde, under the direction of Venky Atluri which will be coming the later part of this year. He also has a movie with Chandrasekhar yeleti to his lineup. 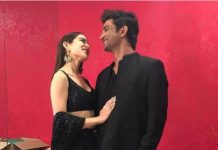 Asteroid cruising towards Earth Might be the End of Man-kind