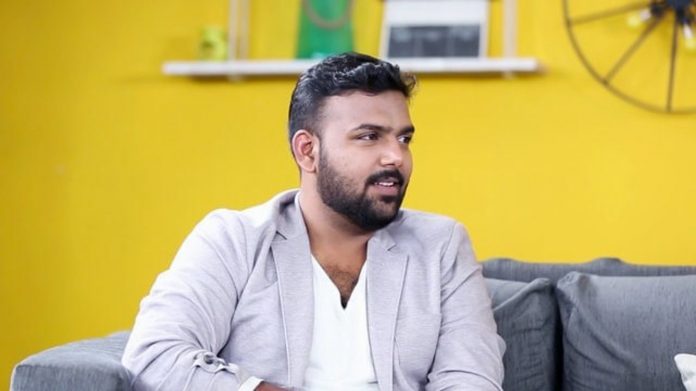 After a lot of rumors doing rounds in the film circles, Tharun Bhascker reveals about his movie with Jr NTR. In a television program aired yesterday on ETV, the young director has revealed some interesting things about the film.

Tharun Bhascker is one of the most talented and budding directors in Tollywood. This young director started off his career doing short films. He later debuted into the Tollywood with 2016’s sensation “Pelli Choopulu”. This small budget movie had an extraordinary run and acquired the appreciation of one and all. The film also went on to grab 2 National Awards. His second film “Ee Nagaraniki Emaindi” was also a decent hit at the box office.

Since the past few months, there have been several rumors about Tharun Bhascker doing a movie with Jr NTR. The young director yesterday in a program on ETV revealed some interesting things about the film. In the “Cash” program aired on ETV, the director revealed that he has already narrated a storyline to Jr NTR. And also expressed his hope that the film might go onto the sets if NTR gives a nod.

On the other hand, Jr NTR is currently busy with SS Rajamouli’s magnum opus RRR. Jr NTR also has a film with Trivikram Srinivas to his line-up. There are also rumors that Jr NTR will act in KGF fame Prashanth Neel’s direction. So it will be interesting to see if this mighty mass star gives a nod for a budding 2 movie old director.

Whole of Mega Family coming together for Syeraa