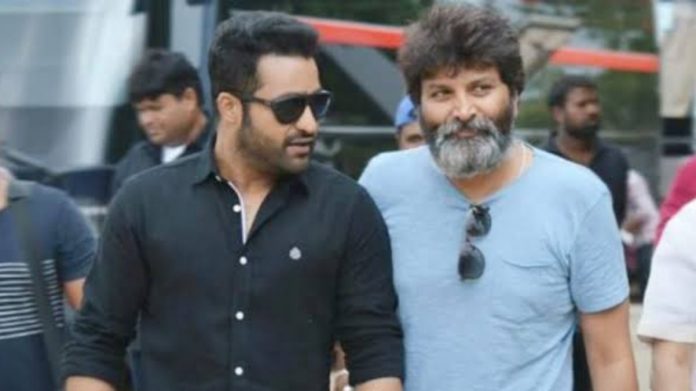 Even before the official launch, speculations have started on the story line of NTR30. We all know that Jr NTR is joining hands with Trivikram for the second time after Aravindha Sametha Veera Raghava. Harikka Hassine made the official announcement about NTR30 few months ago. But, due to Covid19, the official launch of the movie has been postponed indefinitely.

On the other hand, Trivikram Srinivas is yet to draft the final script work. Trivikram has narrated only the line and partial screenplay to Jr NTR. While Trivikram is Still working on the script, few people have started speculating the story of NTR30. The worst part is that they already started comparing the story of NTR30 to a yesteryear blockbuster movie of Megastar Chiranjeevi.

Isn’t it funny that even before the final draft and Official launch, NTR30 story is being compared to some other movie. So far, there has been no information about NTR30, except for a speculated title ‘ Ayinanu Poi Ravale Hastinaku’. Apart fron this, no other information about NTR30 is available. The makers haven’t finalized the crew members atleast, owing to the ongoing pandemic. On the other hand, Jr NTR is still held up with RRR under SS Rajamouli direction.