Well reknowned producer Bellamkonda Suresh has got arrest warrant in the cheating case which involved a whopping cost of Rs 11.75 Crores. In a issue which is dated back to 2013, court has announced its judgement today. Back in 2013, Bellamkonda Suresh made a movie called Jabardasth starring Samantha And Siddarth.

Yash Raj films of Bollywood filed a case against Bellamkonda Suresh accusing, Jabardasth is a unofficial remake of their Hindi Movie Banda Baaja Bharat without proper permissions. After the hearing, court asked to stop the telecast of the movie in any theatres and televisions. Meanwhile, Bellamkonda has sold the movie television rights to a entertainment channel for Rs 3.50 Crores.

As the telecast was with held by court, the Entertainment channel asked for pay back. Producer Bellamkonda Suresh haven’t responded properly, the helpless entertainment channel had moved to court seeking for help. Finally, the court delivered judgement today. Court had issued arrest warrant, since Bellamkonda Suresh have failed to pay the channel on time. Along with the interest rates for this period the repayment has popped to Rs 11.75 Crores. As soon as the police gets the court orders, they might proceed with the arrest formalities. Its expected, Bellamkonda Suresh might get a bail in prior. 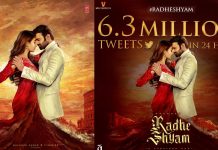 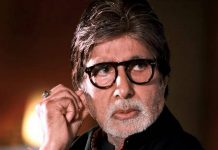 Adivi sesh getting in loop with sequel of Goodachari