On the event of Allari Naresh birthday, the makers of Bangaru Bullodu have released a teaser. The teaser looks just fine with a bang on comedy sequences. Few days back, the Naresh’s another movie, Naandhi, first look poster was released. In the poster, the actor is seen holding his head while being naked.

This bold and daring poster of Naresh has shocked his fans immensely. The hype for Naandhi movie is now sky high with the release of the poster as the makers have raised the curiosity. But today’s teaser of Bangaru Bullodu shows Allari Naresh in his normal comedy genre. From the teaser, it can be gleaned that Naresh is an employee at a Gold finance company. The story seems to revolve around the gold robbery and how Ajay Gosh- the police, runs in search of finding the jewels.

The complete teaser is set in a rural background and looks exceedingly beautiful. The film also has Pooja Jhaveri in the lead as the heroine amd other renowned comedians like Vennela Kishore and Posani Krishna Murali. The shooting for the movie was completed long back and the makers of the film are waiting for the lockdown to go down inorder to release the movie. 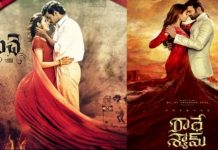 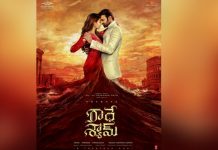 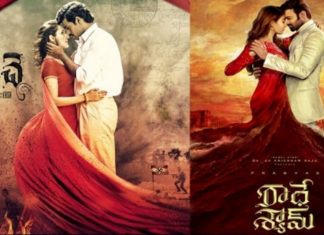 Aparna M - July 10, 2020
The first look and the title for Radhe Shyam has been revealed today and talks are rampant on how the poster is...

Boney & Janhvi, Kushi Kapoor to take self quarantine as their…