Sushant Singh Rajput’s last movie Dil Bechara has finally got a digital release date. The movie will premiere on Disney Plus Hotstar from 24th July. Sushant Singh Rajput fans are waiting eagerly to watch him act for one last time.

Dil Bechara is an upcoming Hindi language romantic drama film that was directed by a debutant Mukesh Chhabra. The film is said to be based on John Green’s 2012 novel “The Fault in Our Stars”. The film features Sushant Singh Rajput and debutant Sanjana Sanghi in the lead roles along with Saif Ali Khan in a crucial role. The crowd favorite AR Rahman composed the soundtrack for this movie bankrolled by Fox Star Studios.

This film is the last movie by Sushant Singh Rajput who passed away on 14th June 2020. This movie Dil Bechara has got a digital release date scheduled to 24th July. This romantic drama will premiere on Disney Plus Hotstar. The fans of Sushant are very disappointed about not being able to see Sushant on the big screen for one last time. But they are indeed eagerly waiting for this movie. There is no doubt in saying that Sushant’s death has left a big void in the Bollywood film industry. The incident also broke the hearts of all the movie lovers. 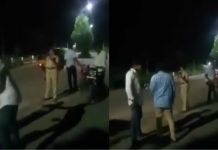