The latest romantic thriller, Kanulu Kanulanu Dhochaayante digital rights has been grabbed by aha after a brief bargaining with Neflix. Initially, Netflix had the digital rights of Kanulu Kanulanu Dhochaayante, but for some reason the rights was transferred to aha. This film starring Dulquer Salman and Ritu Varma was released on 28th February and succeeded in impressing the audience.

Kanulu Kanulanu Dhochaayante is the Telugu dubbed version of the Tamil film, Kannum Kannum Kollaiyadithaal. This Tamil movie is a romantic thriller starring Dulquer Salman and Ritu Varma in the lead roles. This movie released on 28th February and opened to very good reviews and word of mouth in all the languages. The director Desingh Periyaswamy was critically acclaimed so much for his work for the film. The lead pair too has acquired a huge appreciation for their action in the film. The film eventually emerged as one of the biggest hits in the career of Dulquer Salman. But sadly, the film has taken a hard hit due to the coronavirus outbreak. The film’s run had to come to a halt due to the theatres being shut down in the view of COVID-19.

But nothing to worry about, here comes the good news for the film lovers. Kanulu Kanulanu Dhochaayante digital rights which was picked by Netflix initially is now with aha. The digital release date of Kanulu Kanulanu Dhochaayante isn’t announced, as per our reports the movie will likely be available on 25th of April. So there is no need of feeling sad that you have missed the movie in the theatre.

If our readers need to know the streaming platform or the release date of any of the movie/ series we are here to help you out. You can write to us at gossiperofficial@gmail.com 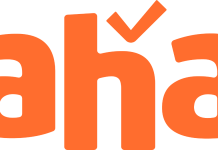 Solo bratuke so better to have direct digital release

Vijay does it perfectly unlike Mahesh Babu