This movie DK Bose has a story for all itself. DK Bose is a 2013 Telugu movie that never saw the face of the theatres. This action entertainer movie sees Sandeep Kishan in the role of a cop. Nisha Aggarwal was roped in to pair opposite Sandeep Kishan. This movie was directed by AK Bose and did not make it to the release due to several reasons even after the trailer was out. A few days back director Harish Shankar posted a 6-minute clip of this movie on his Twitter.

And now after seven long years, the film is all set to finally come out but in the digital space. The producers of the movie are in talks with several OTT platforms. As we hear it, Amazon Prime Video is said to have acquired the digital rights of the movie.

And now this Telugu movie DK Bose gets a digital release date on Amazon Prime Video. As per our sources, the movie might be available for streaming from the 3rd week of June. The official announcement is still awaited in this regard. 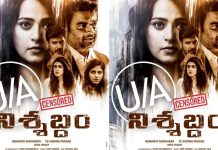